What is the PVC edge banding?

PVC edge banding is one kind of thermoplasticity coiled material made by the polyvinyl chloride in the way of calender by mixing up with the auxiliary, such as the plasticizer, stabilizer, lubricant, and the dye.

The advantages of the PVC edge banding

The main function of the edge banding.

1、Banding the panel section to avoid the damage caused by some negative elements in the environment and the using process (pay more attention for the water).

2、Avoid the volatilization of the formaldehyde hiding in the panel to achieve the function of decorative feature.

About the calcium carbonate powder (usually be called lime powder)

It means that handling the detail about the edge banding will cause a gap, producing the edge curl. There is no doubt that edge curl also caused by other situation, take a example, the different of the speed and the order of adding the hot melt adhesive and raw material will not make the edge banding attaching on the panel tightly which lead to the edge curl appearing。

3、Poor appearance with the dim glossiness

Due to the high content of calcium carbonate, the edge band has no toughness, and the internal structure will be loose. If it is affected by external force slightly, it will crack, especially in the transportation with low temperature.

5、The problems in surface printing 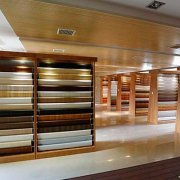 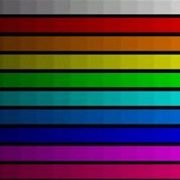 What are the precautions in color matching?

How to find the qualified PVC edge banding. 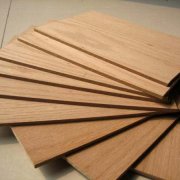 What is Foil Finish?
0 replies

How to find the qualified PVC edge banding.